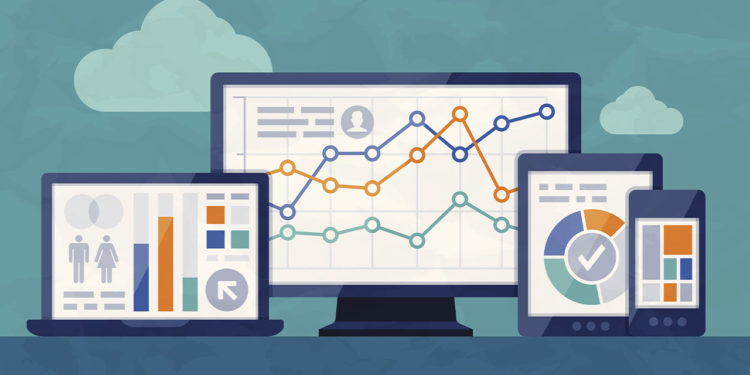 There are several performance monitoring tools in Linux that allow you to monitor resource usage on the system. These tools can aid in debugging Linux System Performance issues and troubleshooting them.

In this article, we will discuss some of the best tools for monitoring Linux performance. The commands listed below are available in all Linux distributions and some of them are installed by default on the system.

The top command in Linux provides a dynamic real-time view of the running system. It displays system summary information and a list of processes currently managed by the Linux Kernel.

Run the following command to list all running processes.

It opens an interactive interface showing processes where you can use different interactive commands. 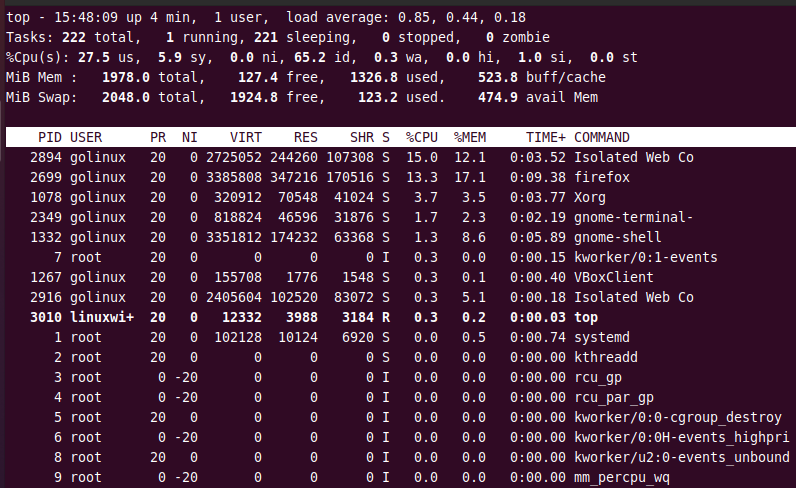 Type the command below to report virtual memory statistics.

The iostat command displays statistics of CPU, input/output devices, partitions, and network filesystem (NFS). This command is not available by default in the Linux system. You can install it by using the following command according to your Linux distribution.

To monitor CPU and I/O statistics, enter the following command. 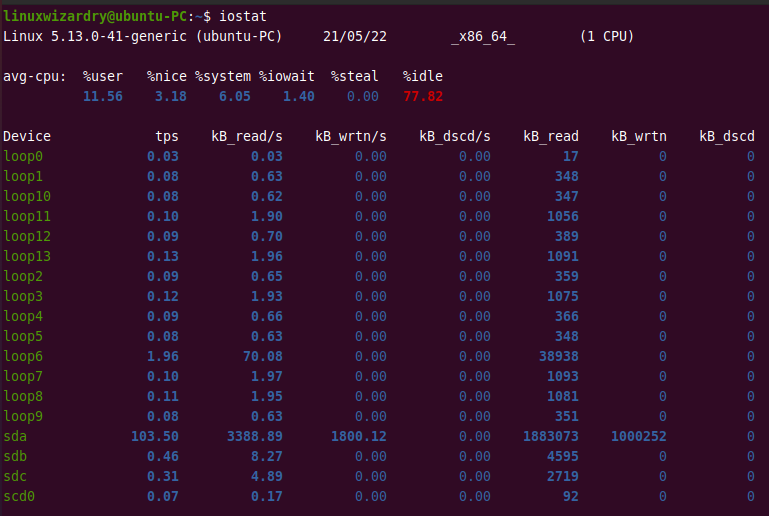 tcpdump command is used to dump traffic on a network. It is a network packet analyzer tool which is used to capture TCP/IP packets that are received or sent over a network. 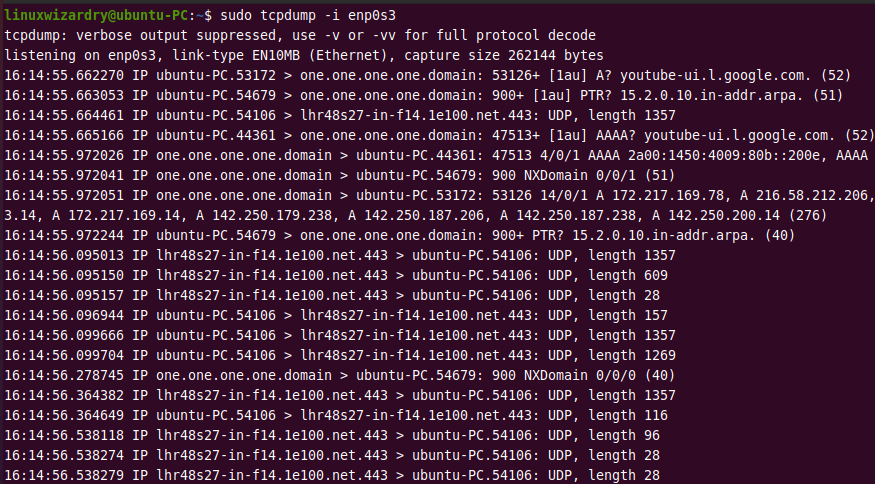 iotop is a top-like tool that is used for monitoring I/O usage on the disk. It displays a table of current I/O usage by processes or threads on the system.

iotop is not installed by default on the system. You can install it by using the following command.

To monitor CPU and I/O statistics, enter the following command.

lsof command displays the list of all open files and processes.

htop is similar to the top command. It displays all the processes running on the system in an interactive interface. You can use shortcut keys, scroll the process list, and set vertical and horizontal views of the processes.

By default, htop is not available on the Linux system. You have to install it using the package manager tool.

The following command can be used to monitor disk I/O performance every 2 seconds. 5 lines are displayed. 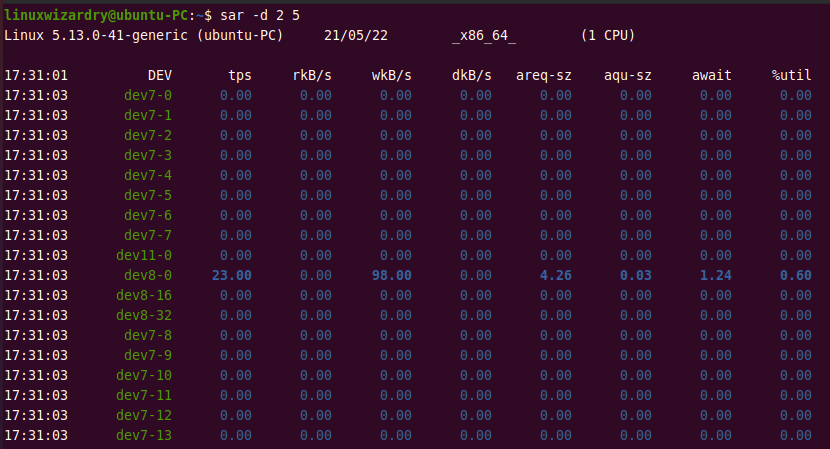 uptime is used to know how long the system has been running. It displays one-line information about the current time, the system’s total running time, the number of users currently logged on, and the system load averages for the past 1, 5, and 15 minutes.

ss is a command-line utility to dump socket statistics in Linux. It is considered a replacement for the netstat tool.

The ps command displays information about currently running processes on the system.

To list all running processes, use the ps command with -A or -e flag.

The PID indicates the process ID and the CMD displays the commands that started the process. collectl is an all-in-one performance monitoring tool that collects data describing the current system status. It collects information about Linux system resources such as CPU usage, disk usage, network, memory, sockets, and others.

collectl is not available by default on the Linux system. You can install it using the following command. 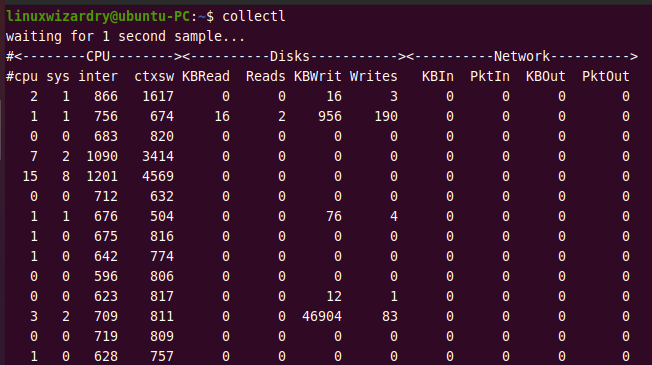 You can install nmon using the package manager tool of your system. 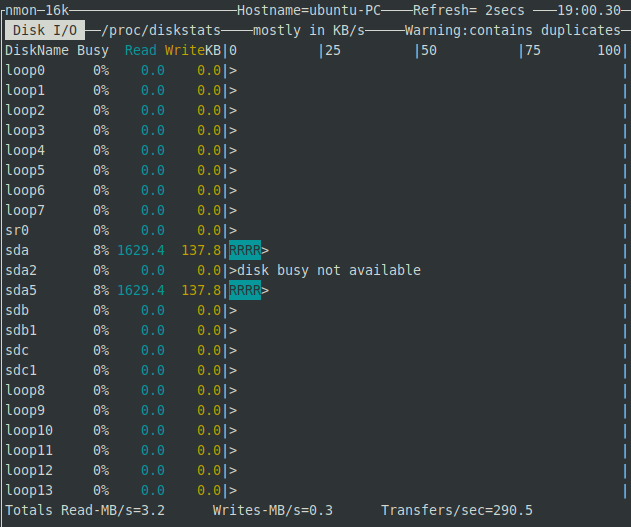 atop is yet another powerful and interactive monitor to view the load on a Linux system. It can display the CPU, memory, disk, and network performance. It also shows which processes are responsible for the indicated load in terms of CPU and memory load.

You can use the following commands to install atop on your Linux system.

To monitor CPU, memory, disk, and network performance, run the command below. 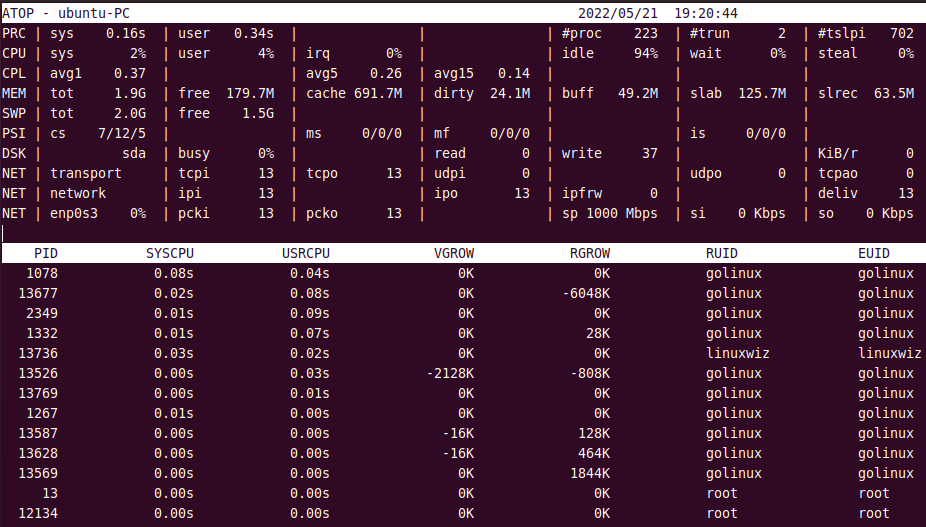 To view only disk-related output, you have to press d.

mpstat is a command-line tool to display statistics about processors on a Linux system. It displays information for each available processor.

The following command shows all statistics about processors.

There are a few more tools that you can use to monitor the performance of the Linux system. Some of them are:

In this tutorial, you have learned about various performance monitoring tools in Linux. These tools can check CPU utilization, disk I/O performance, memory usage, and network performance.

Which tools do you use the most to monitor your Linux system performance? Have we missed any important monitoring tools on the list? Let us know in the comment section below.

How to Install and Configure Apache Hadoop on Ubuntu 20.04